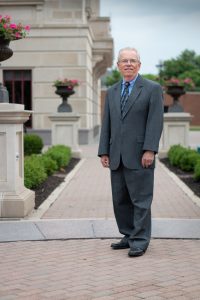 Does this guy know what he’s talking about?

Dr. John Bechtle first learned Greek as a Bible college student back in 1967-8.  His teacher studied Greek under D. Edmond Hiebert, author of numerous reference works, and Hiebert got his start in Greek under A. T. Robertson, the leading Greek scholar of the early 20th century.  At least we are working in a proud lineage!

Dr. Bechtle majored in New Testament at Talbot Seminary, then completed a Doctor of Ministry degree from Western Conservative Baptist Seminary.  His doctoral program focused on New Testament Greek, with an emphasis on educational psychology and its application to the learning of ancient languages.  As part of the program, he wrote a self-teaching textbook for beginning Greek, Greek Behind the Prof’s Back.

He served as a professor and administrator at Arizona College of the Bible from 1972 to 1997, teaching Greek, Bible, and other related subjects.  He has also taught Greek and church history as an adjunct instructor for Phoenix Seminary and extensions of Talbot Seminary, Pacific Christian College Graduate School, and Western Conservative Baptist Seminary.

John also spent over a year as an instructor of the Old Testament Walk Thru the Bible Seminar, as well as producing a daily Bible study radio program for the college. 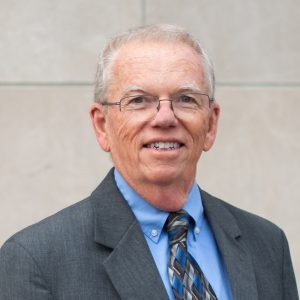 Dr. Bechtle has been involved in writing projects, both scholarly and popular.  He did the research for the verse-by-verse commentary on Proverbs in the Holman Old Testament Commentary series edited by Dr. Max Anders.  He also participated in the Complete Biblical Library project, contributing Greek and Hebrew word studies and writing the commentary on 1 John-Jude.

He spent twenty years as Director of The Telos Institute International, a college-level distance learning program serving home school families.  He has also spent many years teaching in local churches and has ministered in Austria and Japan.

Now that we’ve got that out of the way, are you ready to get started learning Greek for yourself?

experience God’s Word as it was revealed, not filtered through translators.