Pronoia: The Down Side of Being Proactive

Pronoia: The Down Side of Being Proactive

But put on the Lord Jesus Christ, and make no provision for the flesh in regard to its lusts.

Aunt Lydia comes home and discovers a bright red Lamborghini parked in the driveway.  Naturally, she heads inside to interrogate her husband.

“George, where did that car come from?”

“But George, you’ve never been interested in flashy cars.” 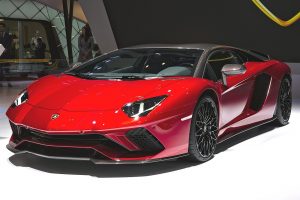 riving down 96th Street, and bought it on impulse.”

Does George’s story sound plausible?  No!

George has undoubtedly dreamed for years about the day when he could bring home a luxury car.  He has imagined the way the car leaped forward as he hit the accelerator, the blast of air flowing through his hair.  He knew which bank account he could tap for the funds.

Seeing the car on the lot triggered his pent-up yearning for a symbol of his lost youth.

Mental pre-positioning precedes our actions, even the ones that seem impulsive.

And there is a Greek word that expresses that truth with great precision.

The word is pronoia, often translated “provision, forethought.”  A matching verb, pronoeō, means “to give thought to, to provide for.”  Both words portray a person who plans proactively.

The five uses of these words in the New Testament show that pronoia can be a very healthy thing, but it can also be misused.

A slick Jewish lawyer begins his argument by complimenting the governor who is hearing the case: “Your excellency, we are grateful for the providence [pronoia] and forethought you have shown in the wise reforms you have made in our civic affairs.”  Good leaders look ahead and take steps to deal with problems.

Paul was explaining that a widow should be supported by her family, not by the church.  In fact, “if anyone does not provide [pronoeō] for his own, and especially for those of his household, he has denied the faith, and is worse than an unbeliever.”  Good financial management means that you think ahead and make provisions for the needs of each person in the family.

When Paul collected a large sum of money for the troubled church in Jerusalem, he foresaw the possibility that people could suspect him of siphoning off funds for himself.  So he took the precaution of arranging for third party supervision to ensure accountability for the project.  As he explained, “We have regard [pronoeō] for what is honorable, not only in the sight of the Lord, but also in the sight of man.”  Wise ministry thinks of the pitfalls ahead and takes action to prevent trouble.

The apostle instructed his readers to “respect [pronoeō] what is right in the sight of all men.”  Though most translations do not emphasize the idea of foresight in this verse, we should remember that we need to think before we speak or act.  The context of Romans 12 deals with personal conflicts, and it is easy to get in trouble when we act impulsively in a heated situation.

In all these passages, pronoia is a good thing.  However, the final verse shows that it can be misused.

Sin is seldom instantaneous.  Before we are in a position to act, we visualize the drink, the ice cream cone, the lustful look, the cutting retort.  Then when an opportunity arises, we are ready to respond on the spur of the moment because we have rehearsed it mentally.

Jesus taught that sin begins in the heart and spills out into our words and actions (Matthew 15:16-20).  No wonder Paul asks us to focus on a transformed mind (Romans 12:2), one where every thought is captive to the obedience of Christ (2 Corinthians 10:5).

You won’t go into debt for a Lamborghini unless you have first spent time imagining the acceleration and the admiring comments, and figured out which credit cards you could max out if you ever had the chance.  You’ll beat temptation when the thought first strikes, not when you have pen in hand to sign the contract.

The etymology of these words suggests the idea of planning:  pro (before) + noia (thought).  It’s important to remember that words have multiple meanings, so this kind of etymology doesn’t necessarily mean that every use of the word carries the idea of planning ahead.  However, I think the idea helps us understand these five verses more clearly.

Earlier Jewish writers used these words to describe God’s providence, the way He arranges everything to carry out His purposes.  In the New Testament, however, it is always used to describe man, not God.

Q – When Romans 13 says that everyone should be in subjection to authorities, is Paul talking about government authorities?  Do we have to submit to everything a government does, or are there exceptions?

A – The Greek word for “authorities” here is exousia.  The word itself can refer to human authorities such as the government, but it can also be used as a description of angelic powers (see Ephesians 6:12).  Romans 13 makes it clear that God is the ultimate authority, who has not only the strength but the legitimate right to be in charge of the universe.  Any lower authority operates only under the umbrella of His sovereignty.  It is helpful to read Romans 13 alongside Revelation 13 to see two portrayals of government, legitimate and illegitimate.

What is the Biblical meaning of fellowship?  Is it the coffee and donut time between Sunday School and church?  Next week we will examine the New Testament concept of fellowship.